How do you measure digital skills? How do you work out whether a candidate for a job has the skills and competences that they will need to do the work? Letting people self-assess their skills can seem like a simple solution, but it brings a big risk that they will misjudge their abilities.

ICDL Foundation’s new edition of the ‘Perception & Reality’ report brings together the results of research into self-perception of digital skills, and the reality, measured with a practical test. The new report includes findings from studies conducted in Singapore and India, reinforcing the original findings from five European countries.

CDL National Operators in Austria, Denmark, Finland, Germany and Switzerland, as well as ICDL Asia in Singapore and India, have carried out research into digital literacy levels in their countries.

A common finding across all the studies, which asked participants to rate their own skills, then used practical tests to find out their real skill levels, was that people routinely overestimate their abilities. In the study conducted by OCG in Austria, 94% of participants described their skills as “average” to “very good”, but only 39% of them achieved a corresponding test result. In Singapore, 88.5% of participants rated their general digital skills as ‘fair’ to ‘excellent’, but only 55% achieved that level.

So how do we measure digital skills accurately? One interesting finding of the study in Switzerland was that holders of a computer skills certificate (ICDL) did significantly better than average. Clearly, structured training that leads to recognised certification is a key way to close these digital skills gaps.

We need efforts at all political levels, from the EU’s skills strategy to national and local plans for education and training. The danger of an unskilled workforce is that we will be quickly overtaken by the rest of the world. Is that a risk worth taking?

Fallacy of the ‘digital native’

‘We live in the age of the digital native’, or so many would have us believe. But what does the term really mean? Can someone truly pick up digital skills intuitively? Does this mean there is no need to try to teach young people how to use computers?

We don’t think so. This idea of digital natives is a dangerous fallacy that risks leaving young people without the competences they need for the workplace, and risks leaving businesses without the skilled employees they need. In an age when ICT skills are essential in almost any job, studies have repeatedly shown that young people have serious gaps in their knowledge of workplace ICT. A recent study in Australia, for example, showed that 45% of students could be described as rudimentary digital technology users.

We have published a report exploring the fallacy of the ‘digital native’ in more depth. The paper sets out the extensive evidence against the idea of ‘digital natives’ having intuitive computer skills and concludes that there is a vital need for digital skills development programmes to be part of all forms of education.

Resources on the fallacy of the ‘digital native’

There has been plenty of research into the concept, and a number of studies demonstrate the flaws in the idea of the ‘digital native’.

We have collected some resources that debunk the idea of the ‘digital native’.

“We often wrongly assume that young people have a complete set of digital skills because they grow up surrounded by digital technologies. The skills that they acquire on the daily basis by using social networks and retrieving online content are not sufficient in the labour market. Required productivity skills can be acquired only by adequate digital education and training.”
—Kestutis Juskevicius, EU Digital Champion Lithuania

Simply providing the equipment does not help young people understand how that technology can better their lives without education and training”
—Nishant Shah, Director, Centre for Internet and Society, India, ‘What does it mean to be digital native?’, Oliver Joy, CNN

“There is a myth about the digital native and the Google generation kid who, because they are young, are seen as being more computer literate than their parents, but that is totally wrong.”
—‘Great internet age divide is a myth’, Dan Russell, Google

“Digital literacy does need to be taught: young people have usually acquired some knowledge of computer systems, but their knowledge is patchy. The idea that teaching this is unnecessary because of the sheer ubiquity of technology that surrounds young people as they are growing up – the ‘digital native’ – should be treated with great caution.”
—“Shut down or restart? The way forward for computing in UK schools”, The Royal Society, 2012

“In my fieldwork, I often found that teens must fend for themselves to make sense of how technologies work and how information spreads … It is dangerous to assume that youth are automatically informed.”
—‘It’s Complicated’, Danah Boyd, Researcher and Author, Microsoft, 2014

“76% of computer science students considered themselves to have a good level of knowledge, but only 45% answered the technical security questions correctly.”
—‘Security of the Digital Natives’, Tech and Law Center, 2014

“There is a growing body of academic research that has questioned the validity of the generational interpretation of the digital native concept.”
—‘Digital natives: where is the evidence?’, Ellen Helsper and Rebecca Enyon

“This research indicated that the average student is not a sophisticated user of technology.”
—‘Beyond natives and immigrants: exploring types of net generation students’, Kennedy, Judd & Waycott, 2010

The issue has also featured in a number of publications in different countries. 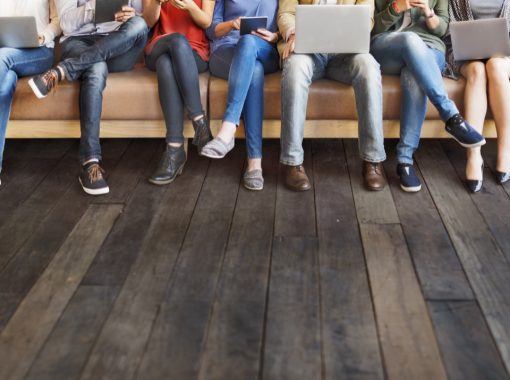 ICDL Foundation's position paper on the topic of IT security argues that IT security is a growing issue.
Read more

Why not keep up to date with all our latest news and events?

You can unsubscribe at any time by clicking the link in the footer of our emails. For information about our privacy practices, please visit our privacy policy page.

This website uses cookies to improve your experience while you navigate through the website. Out of these cookies, the cookies that are categorized as necessary are stored on your browser as they are as essential for the working of basic functionalities of the website. We also use third-party cookies that help us analyze and understand how you use this website. These cookies will be stored in your browser only with your consent. You also have the option to opt-out of these cookies. But opting out of some of these cookies may have an effect on your browsing experience.
Necessary Always Enabled
Necessary cookies are absolutely essential for the website to function properly. This category only includes cookies that ensures basic functionalities and security features of the website. These cookies do not store any personal information.
Non-necessary
Any cookies that may not be particularly necessary for the website to function and is used specifically to collect user personal data via analytics, ads, other embedded contents are termed as non-necessary cookies. It is mandatory to procure user consent prior to running these cookies on your website.
SAVE & ACCEPT